Construction of the Pennsylvania State House, which came to be known as Independence Hall, began in 1732. It was a symbol of the nation to come. At the time it was the most ambitious public building in the thirteen colonies. The Provincial government paid for construction as they went along, so it was finished piecemeal. It wasn't until 1753, 21 years after the groundbreaking, before it was completed. It was the original "Philadelphia lawyer," none other than Andrew Hamilton that oversaw the planning and worked to guarantee its completion. Hamilton had won renown for his successful 1735 defense of Peter Zenger in New York that was to become a freedom-of-the-press landmark.
The building has undergone many restorations, notably by Greek revival architect John Haviland in 1830, and by a committee from the National Park Service, in 1950, returning it to its 1776 appearance.
Independence Hall is, by every estimate, the birthplace of the United States. It was within its walls that the Declaration of Independence was adopted. It was here that the Constitution of the United States was debated, drafted and signed. That document is the oldest federal constitution in existence and was framed by a convention of delegates from 12 of the original 13 colonies. Rhode Island did not send a delegate. George Washington presided over the debate which ran from May to September 1787. The draft comprising a preamble and seven Articles, was submitted to all thirteen states and was to take effect when ratified by nine states. On June 21, 1788, New Hampshire, the ninth state, approved it and it became effective in March 1789.
Notable among the document's many innovative features is the separation of powers among the legislative (Congress), executive (President), and judicial branches of government. Also important is that the Congress was split into two houses, the upper house (originally in the upper floor of adjoining Congress Hall), and the lower house (main floor of Congress Hall); the first gave equal power to all the states regardless of size and the second gave proportional representation according to size. You have to imagine the debates between the large and small states each attempting to form a government favoring them. You also have to marvel that this compromise was reached at all — a tribute to the extraordinary minds that were working together to make a new nation that could survive and renew itself in the face of unforeseeable obstacles. 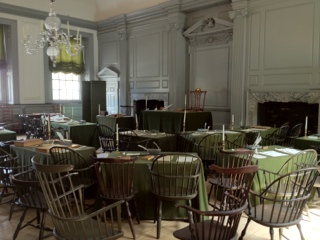 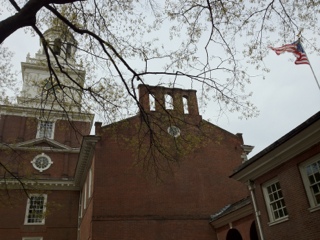 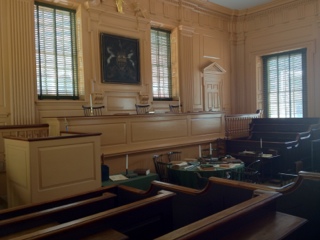 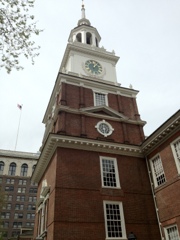 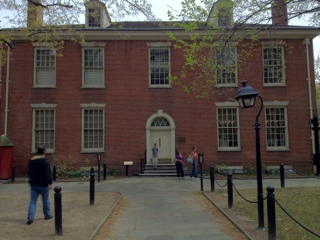 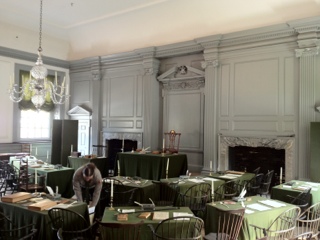 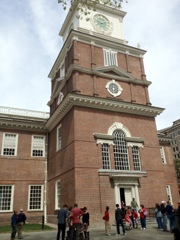 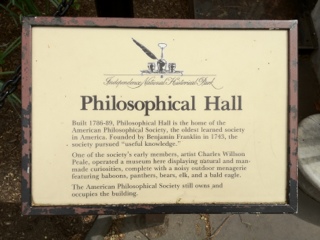